A vegan twist on a family favourite – reliable, tasty and easy to put together. 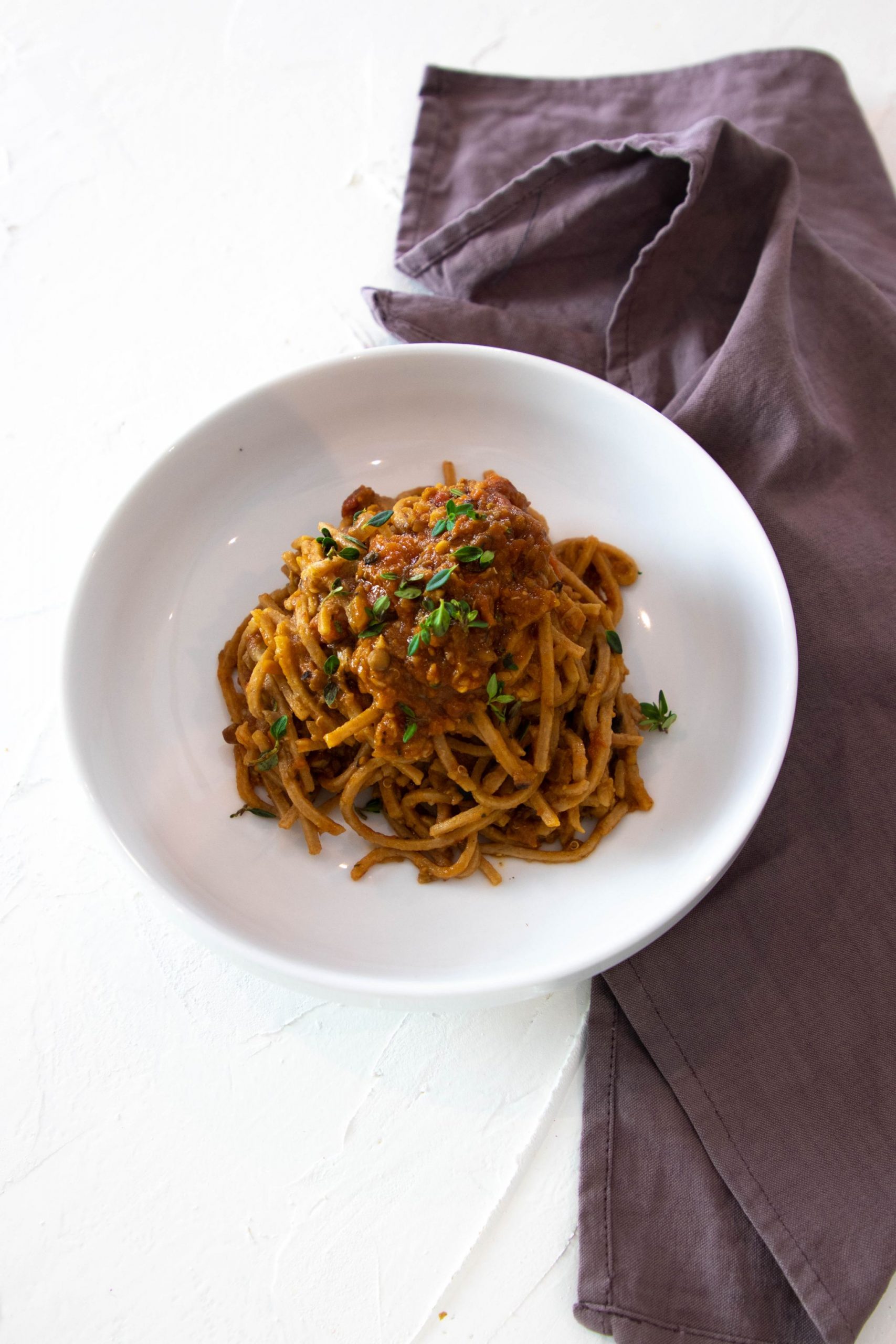 Peel and finely chop the onions, celery and carrots, then crush the garlic.

Put a large saucepan on a medium-high heat and add 1 tablespoon olive oil.

Add the veg, then cook with the lid ajar for 10 to 15 minutes, or until softened and just turning golden, stirring occasionally.

Stir in the Vegan mince and sun-dried tomatoes, turn the heat up to high and cook for 5 to 10 minutes, or until browned all over, stirring and breaking it up with a spoon as you go.

Add the red wine and cook until it has evaporated.

Add the tomatoes, 1 tin of water, the bay leaf and the thyme.

Stir well, turn the heat up to high and bring to the boil.

Season with pepper, reduce to a low heat, then cover and simmer for around 1 hour, stirring occasionally.

Remove the lid and continue cooking for 15 to 20 minutes, or until thickened and reduced. Meanwhile…

Carefully fill a large pot three quarters of the way up with boiling water, add a tiny pinch of salt and bring back to the boil.

Add the spaghetti and cook according to packet instructions – you want to cook your pasta until it is al dente. This translates as ‘to the tooth’ and means that it should be soft enough to eat, but still have a bit of a bite and firmness to it. Use the timings on the packet instructions as a guide, but try some just before the time is up to make sure it’s perfectly cooked.

Once the spaghetti is done, ladle out and reserve a cup of cooking water and keep it to one side, then drain in a colander over the sink.

Taste the Bolognese sauce and season a little, if you think it needs it.

Carefully pick out and discard the bay leaves.

Put half the sauce into a container, leave to cool, then freeze for another day.

Stir the spaghetti into the remaining sauce, adding a splash of pasta water to loosen, if needed.

Divide between bowls and serve.