Warmly spiced seasonal pumpkin cake with a juicy orange buttercream frosting. Decorate with a face and fill with a trick or treat! 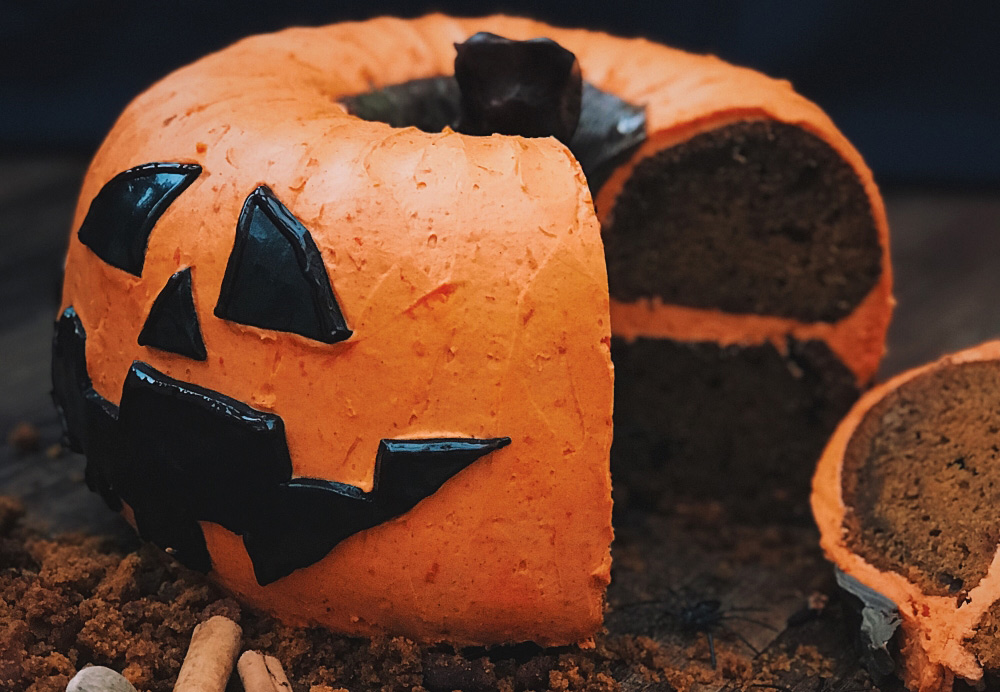 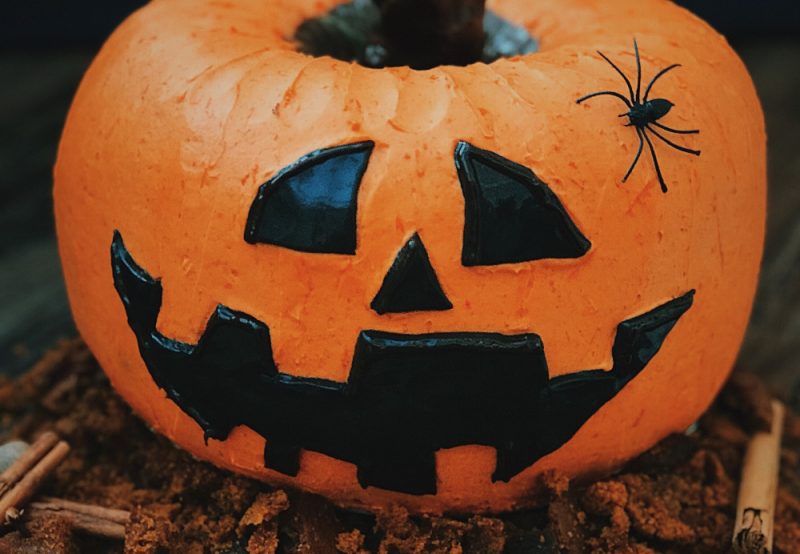 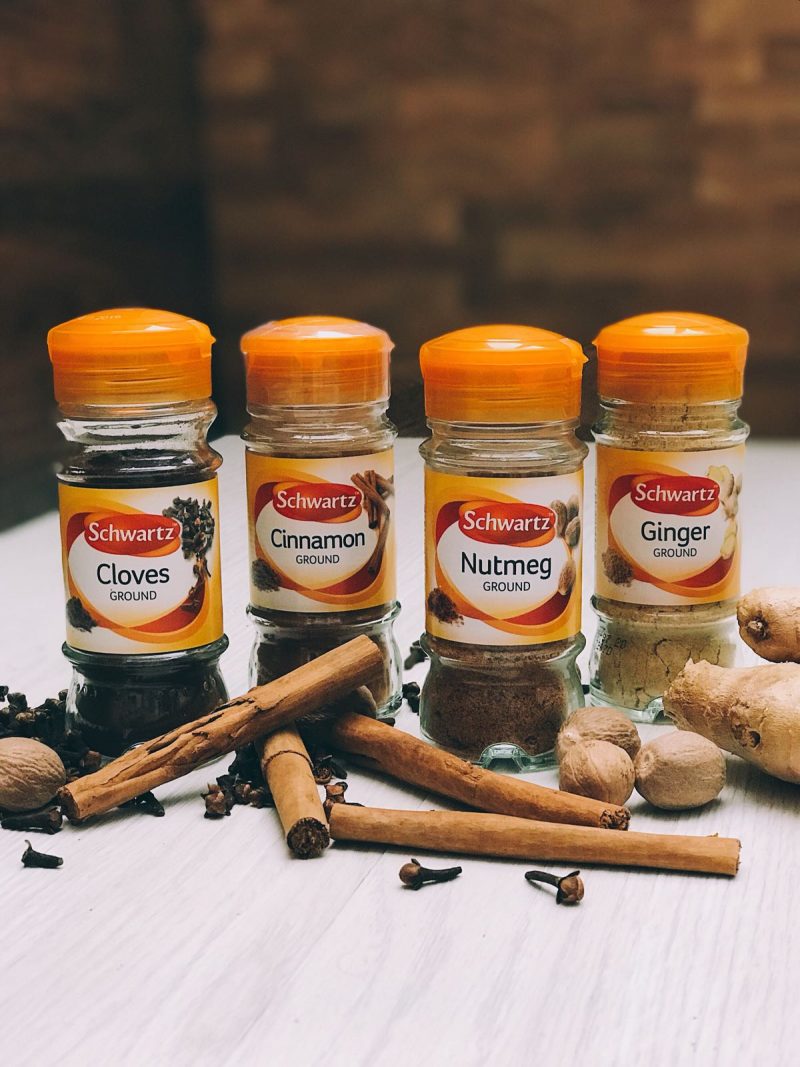 In a large mixing bowl, combine your soft brown sugar and sunflower oil until blended. Split your vanilla pod in half and scrape out the seeds, adding to your wet mix.

Add the eggs, one at a time, beating well after each addition.

In a separate bowl, combine the plain flour, bicarbonate of soda, Schwartz Cinnamon Powder, Schwartz Ground Nutmeg, Schwartz Sea Salt and Schwartz Ground Cloves. Add your dry mix to the egg mixture bit by bit, alternating with your pumpkin puree, also a spoonful at a time, beating well after each addition.

Share the mixture between two greased Bundt tins. Bake for 1 hour 15 minutes or until a skewer inserted in the centre comes out clean. Remove from the oven and leave to cool in the tin for 10 minutes before inverting onto a wire rack to cool completely.

Next up, icing! Beat your butter with an electric whisk until pale and fluffy. Spoon by spoon, add your icing sugar until fully combined. Then let’s go in with some flavour! Evenly mix through the Schwartz Cinnamon Powder and Schwartz Ground Ginger. Combine your food colouring with the orange zest and juice and fold through your mix (this should help it distribute evenly through your cake mix).

Once your cakes have cooled, level out the tops of each; leaving one side curved from the Bundt tins and the other flat. Place one of your cakes curved side down and take the opportunity to fill the hole with a trick or treat (sweeties or spiders!). With the offcuts of your cake and a generous layer of buttercream, seal the hole, sandwiching the flat side of each cake together. You should be left with a pumpkin-like shaped cake.

Give your cake a fine layer of buttercream icing to seal in the crumbs (this is known as a crumb coat) and refrigerate for at least 30 minutes. Once it’s firmed up, finish with a generous layer of buttercream all over your pumpkin cake, smoothing it with a palette knife and following the natural ridges of the Bundt shape.

Complete your Halloween delight with stalk and spooky features using ready-made royal icing in black and brown, or leave natural as a perfect autumnal centrepiece!