What is the pub of the future?

Generation Z prefer juice bars to pub crawls and rank quality home-time over beer-fuelled nights out. They are far more likely to open a tab on a web browser than at a bar. This good, clean sense of fun is seemingly at odds with the traditional, no frills British pub culture – but it doesn’t have to be this way.

Once upon a time, if you wanted a non-alcoholic drink in a pub there was little to tempt you on the menu. Lime and soda or orange juice were pretty much the only options. That, or perhaps a badly made mocktail served in a pint glass, full of sickly sweet juice and frou-frou umbrellas, and charged at triple the price of a shandy.

The pub of the future is no longer the stomping ground of lad culture, tribalistic football fans and underage binge drinkers but rather a meeting place for like-minded young people debating topics that are most important to them over a cup of iced coffee. So how do we shift the drinks menu without losing the comfort and warmth of the quintessential, traditional British pub?

With over 50% of Generation Z saying they would like to see pubs offer more interesting nonalcoholic drinks, I set about creating a series of delicious mocktails using Nescafé Azera Nitro Coffee. 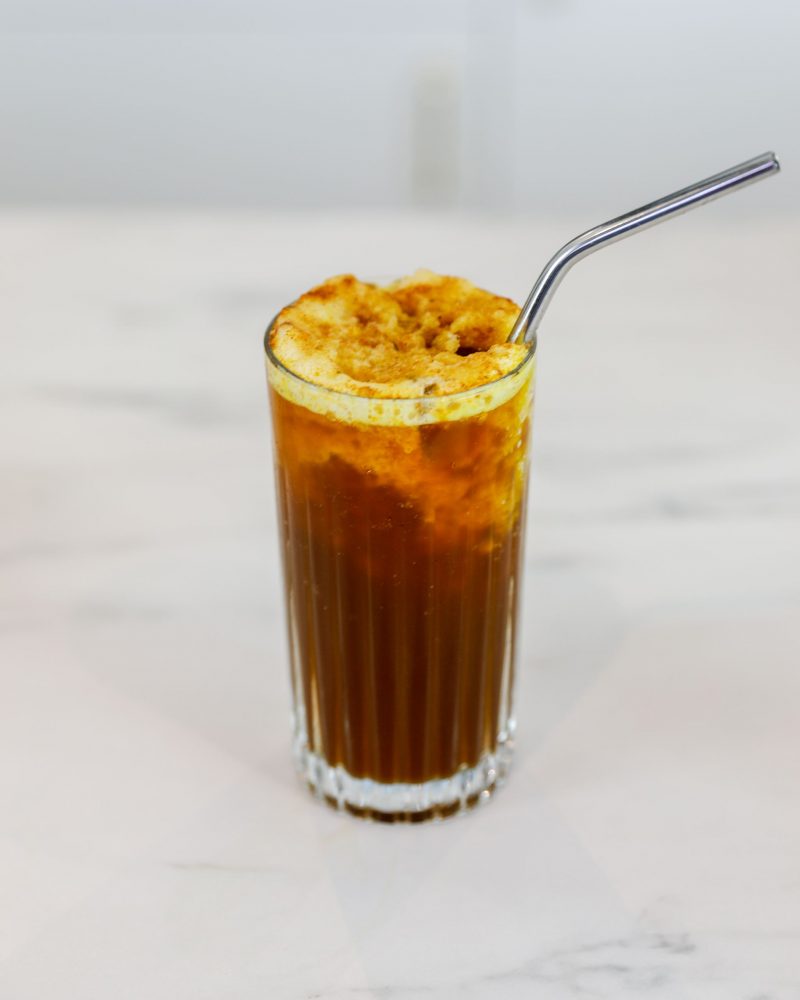 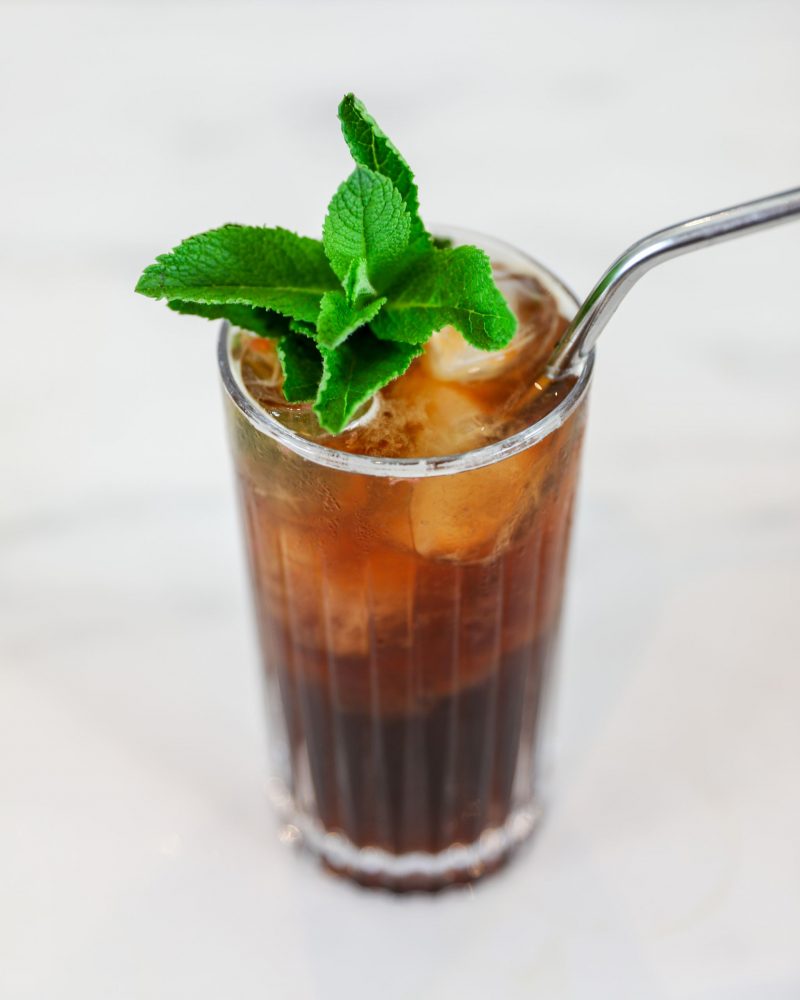 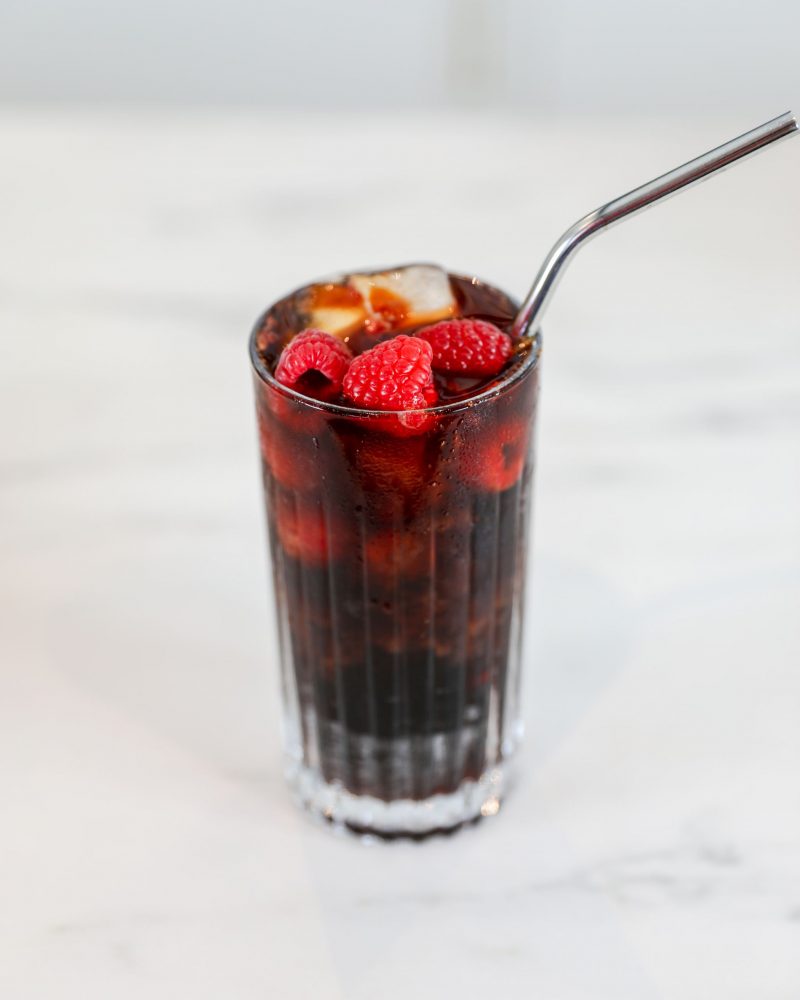 Soak the saffron in 2 teaspoons of boiling water. Add all the ingredients to a blender with a handful of ice. Blitz until mixed and the ice is crushed. Serve with a dusting of cinnamon.

Shake the coffee, lime, sugar and mint with ice. Strain into a long glass over ice and top with ginger ale and a sprig of fresh mint.

Shake coffee, raspberries, grenadine syrup and chilli powder with ice. Strain into a long glass over ice and top with soda water and some fresh raspberries. 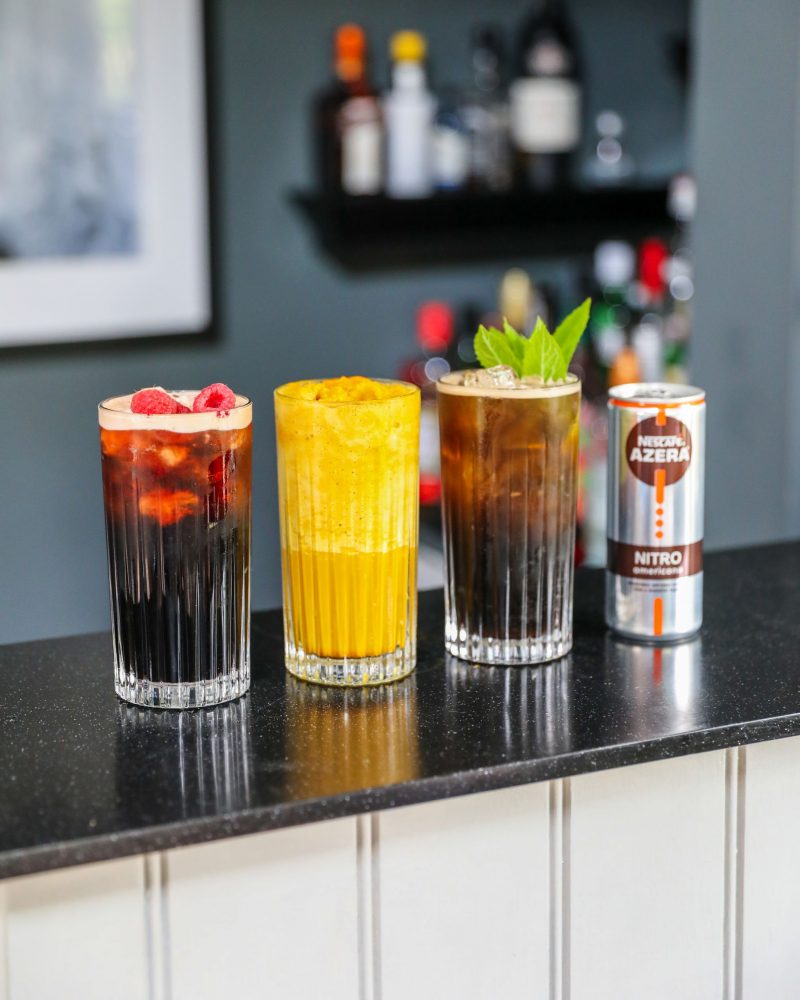 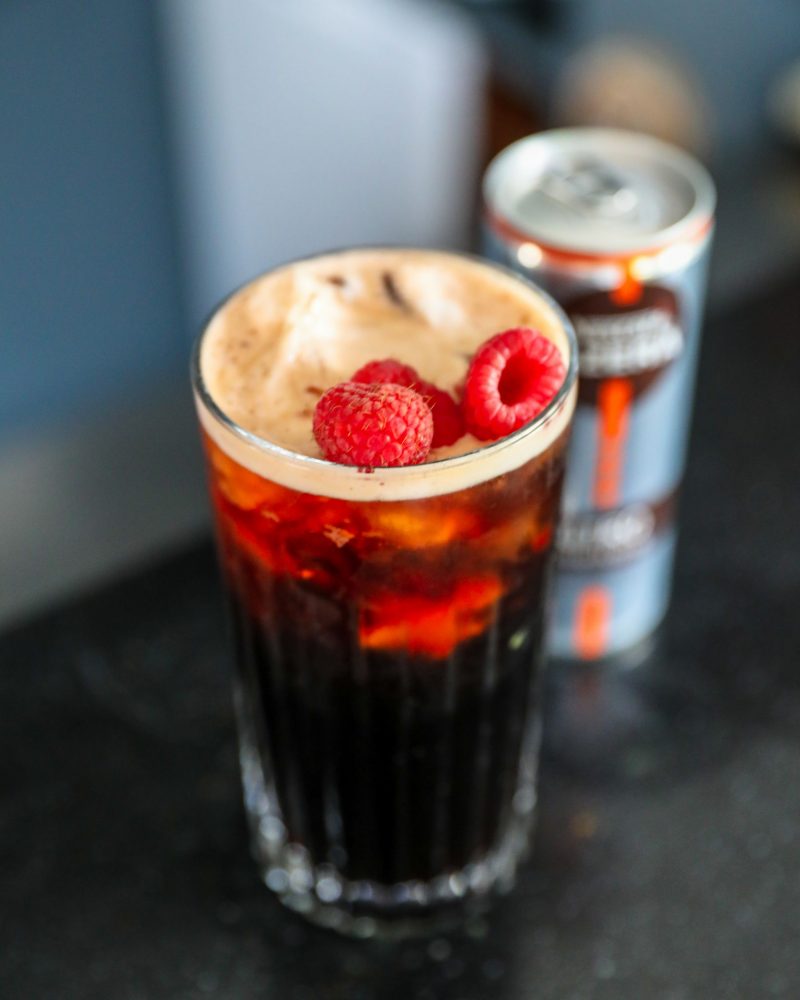 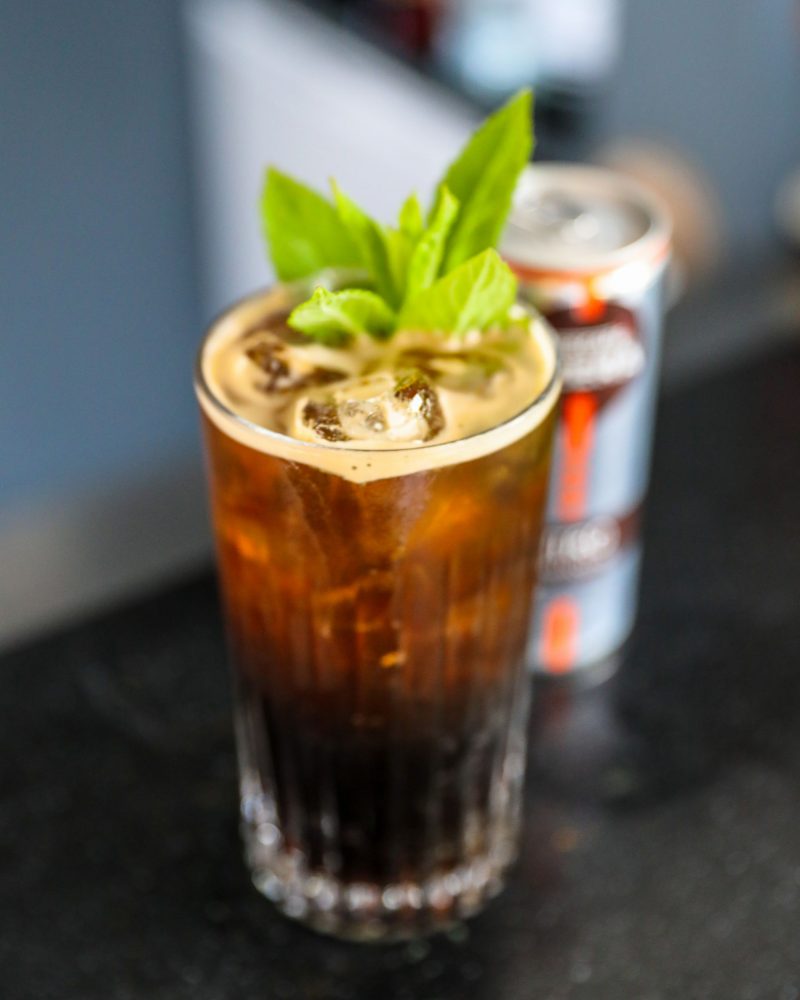 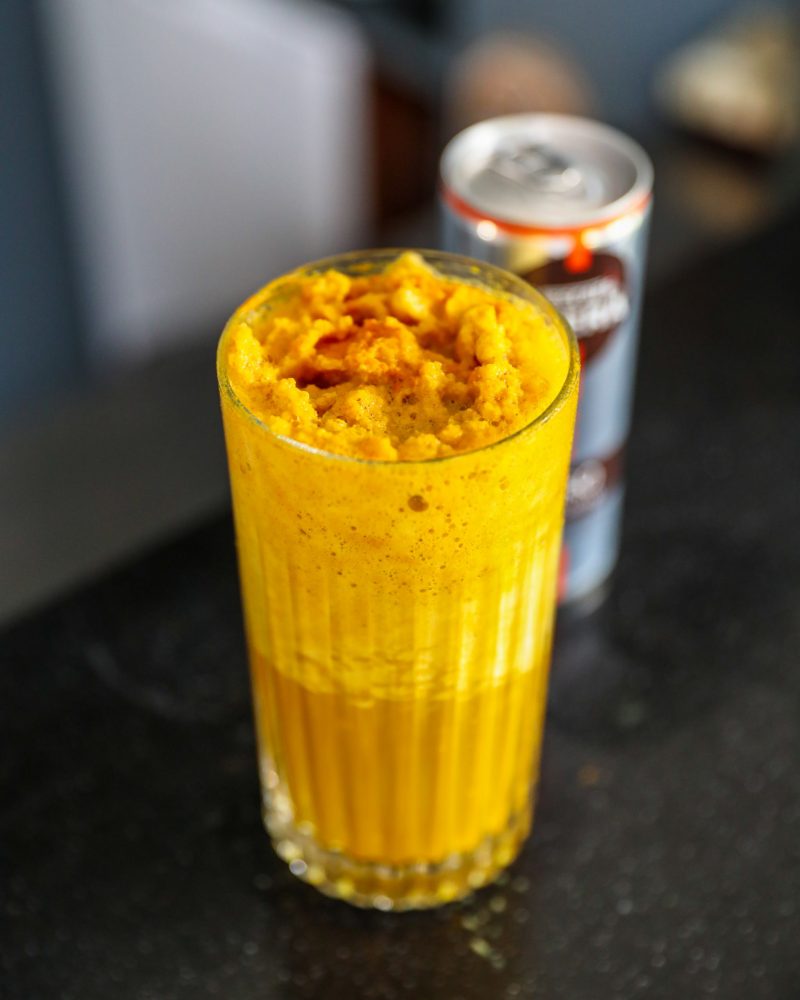 What else do I see changing with the pub of the future?

Generation Z is made up of people who are incredibly mindful of sustainability, buy into purpose more than brand and lean towards a healthier lifestyle, for them as well as the planet. This is seemingly at odds with the values of the traditional British pub, where comfort, value for money and old fashioned camaraderie are king – but it doesn’t have to be this way. The pub of the future retains the warmth and conviviality of the pub, but ensures it cares for the environment and its own ethics at the same time.

The pub of the future doesn’t reinvent the wheel, it just makes the wheel more carefully.

We don’t want to lose the classic pub grub, we just want it to be a little grubbier – grown on site, organically and ethically and picked fresh, in all its soil-covered glory, so that everything on the menu is as delicious as it is conscientious. The beer garden will also function as the kitchen garden, growing key produce for the chef to integrate into our pub favourites.

Tech will also become a huge focus of the pub of the future. With Wifi being an undisputed essential, alongside charging points, mobile ordering, app payments and online entertainment. The pub quiz will no longer be a disc jockey in an elaborate blazer signing off your answers, instead digital responses will ensure that the honourable ‘quizzard’ is crowned fairly.

The way I see it, the pub of the future is a place of imaginative beverages, delicious sustainable food and high tech entertainment but underneath all of that, I firmly believe it will perform the same functions it always has: bringing people together to discuss the things that matter, natter about the things that don’t and spend time with those they love the most.