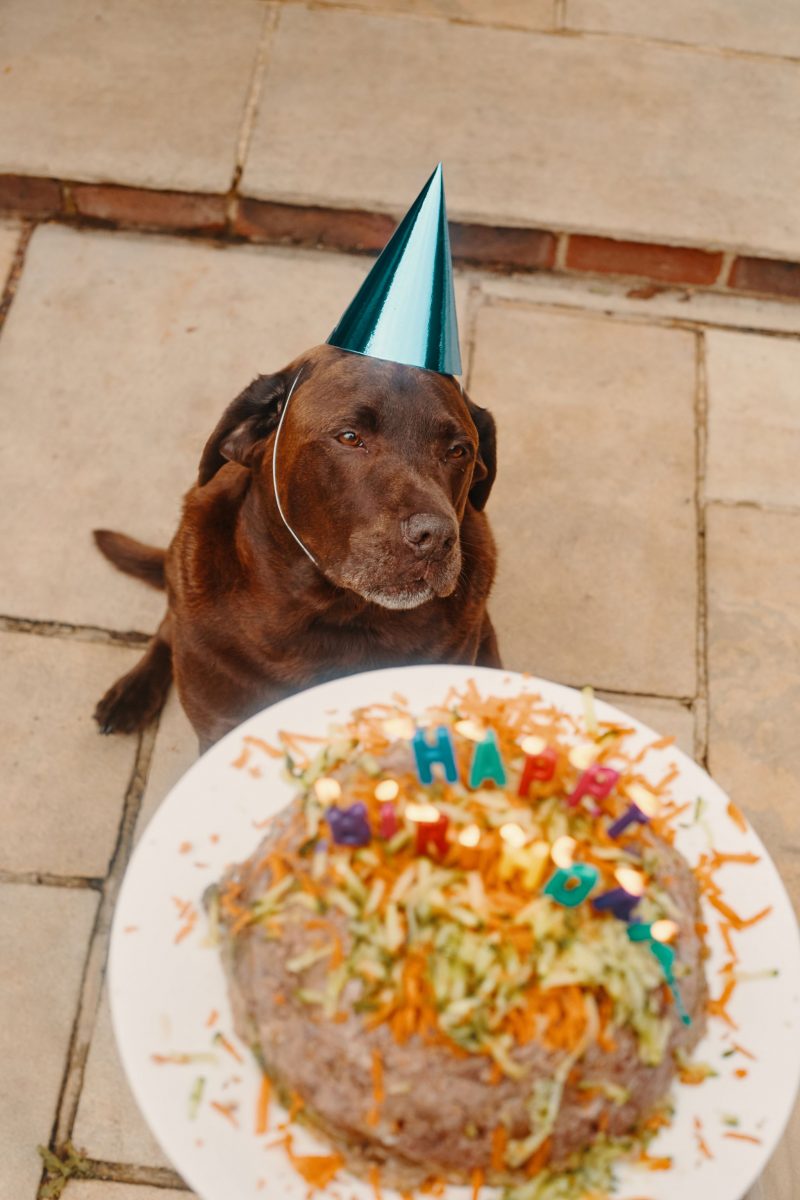 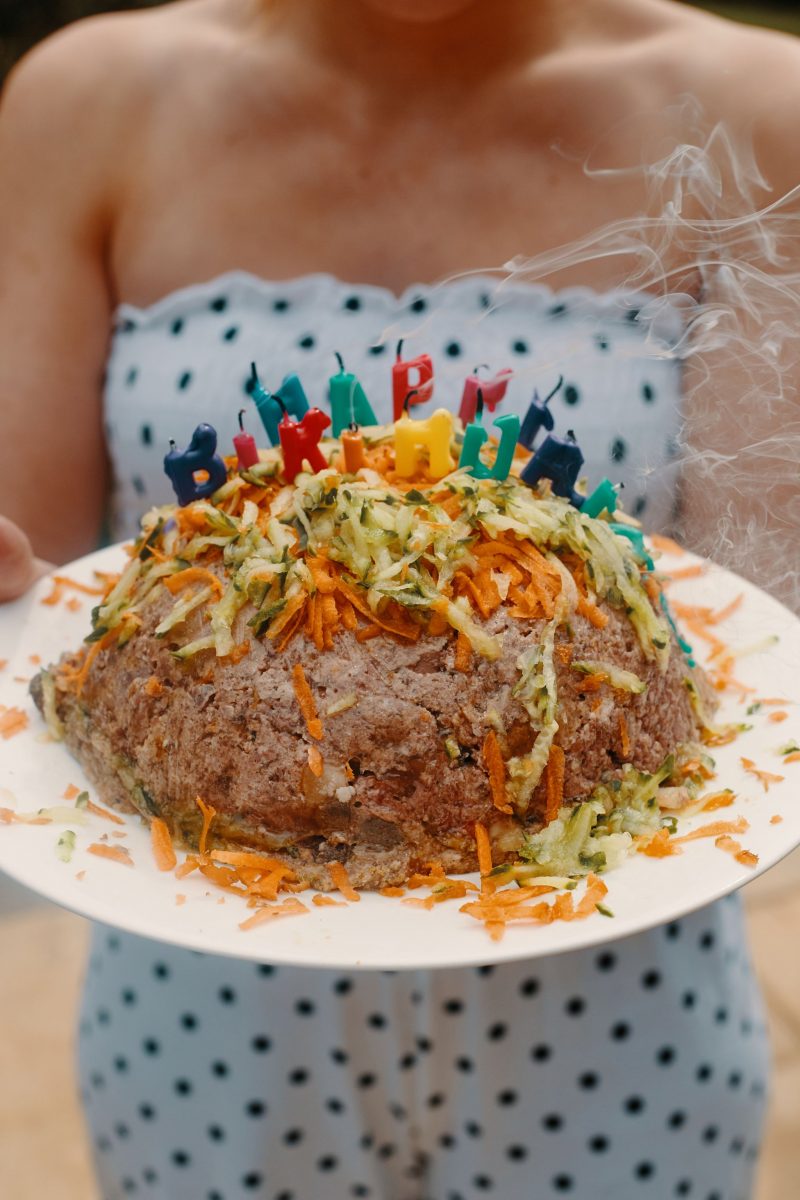 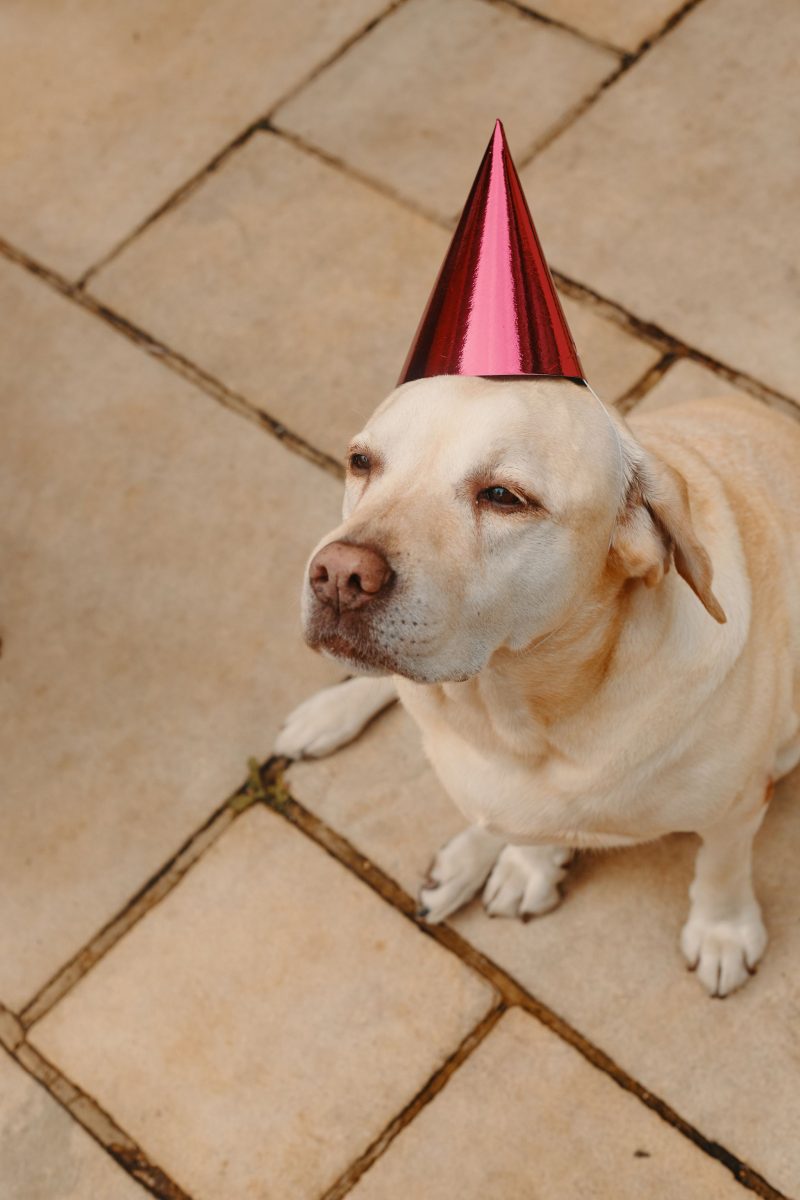 Anyone who knows me knows that my dogs are my babies. They are the light of my life, the happiness in my soul and that feeling that exists in the very depths of your heart when you love something so much and it actually physically stresses you out. That kind of love.

I’d always wanted dogs. Ever since I was 6, it was top of my Christmas and Birthday lists and despite receiving several cuddly toys and even letting me get my ears pierced as negotiation for 3 years ‘free from whining’, it was always at the very forefront of my brain. But for 18 years my Dad would physically recoil at any potential interaction with a canine and the very idea of having a dog was clearly off the table.

Until the day before I left for university. I think this is what you could refer to as my parents’ mid-life crisis. A few weeks prior, our friend’s Labrador had given birth to a litter of seven chocolate and golden puppies. I was even there, drying them out with a towel and ensuring their Mumma, Molly, didn’t roll onto any of them! The night before leaving for University, crippled with worry, I distracted myself from the nerves with a trip to the cinema. Popcorn in hand and happily abiding by the ‘phones off’ warning, I grabbed my phone and spotted a message from my Dad.  It was a picture of him holding a tiny chocolate Labrador  pup with the caption; ‘I’ve chosen mine, now you come and choose yours’. I was in such disbelief, I ignored him and carried on with the film, assuming he was on a wind up.

By the time the film was over I had endless missed calls and a highly capitalised message from my brother screaming ‘WHAT ARE YOU DOING? DAD SAYS WE CAN GET TWO DOGS!’

With that I floored it to our friend’s house where Dad was still cradling Charlie, and I can still vividly remember his expression when he turned to me and said , ‘are you going to choose one then?’. I sobbed and immediately went to pick up Dolly. The little pink nosed golden with tiny eyes and a small dot of sharpee on her head from where I’d claimed her as my favourite from the moment she arrived. I couldn’t believe it. We were getting dogs!

The only cruel reality of this was that I left for University the very next day. Dad’s evil genius! “If we get dogs, Katie will want to come back and visit more often.” Well played, Papa. It totally worked. In fact, I was back every weekend and continue to return home almost every fortnight just to snuggle my face into their neck rolls. 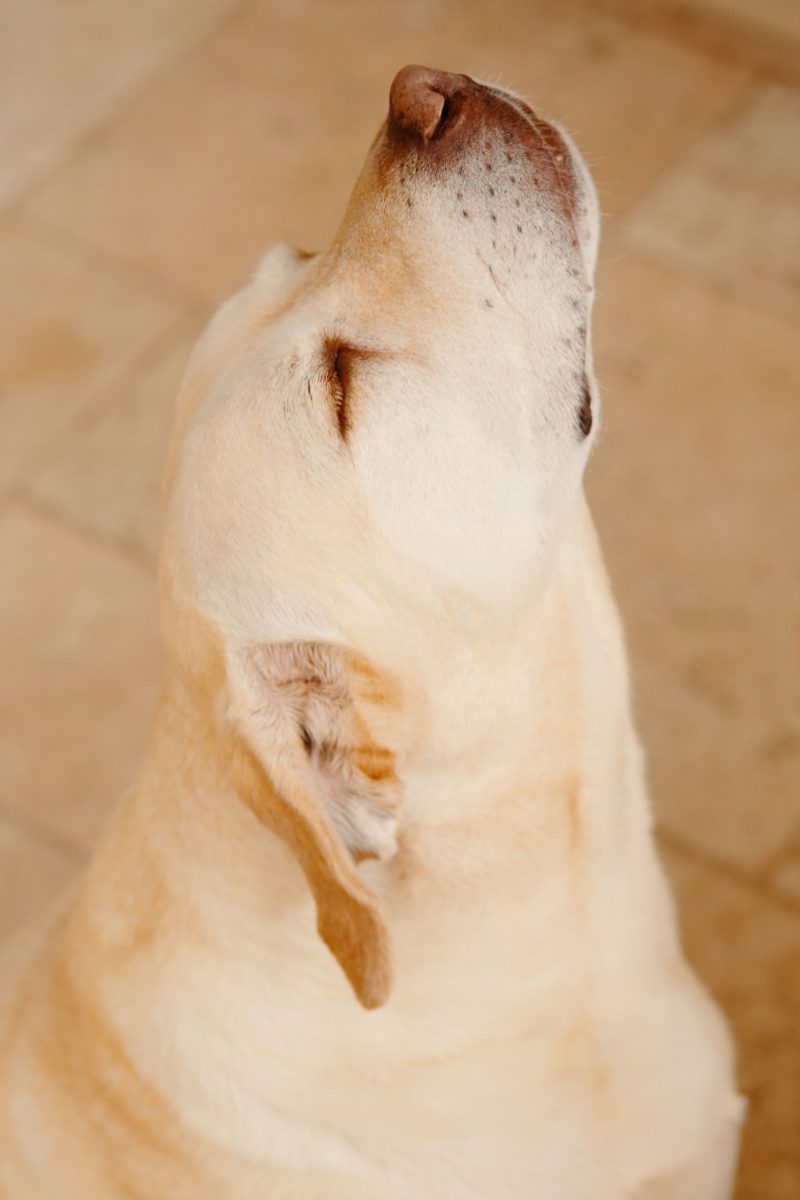 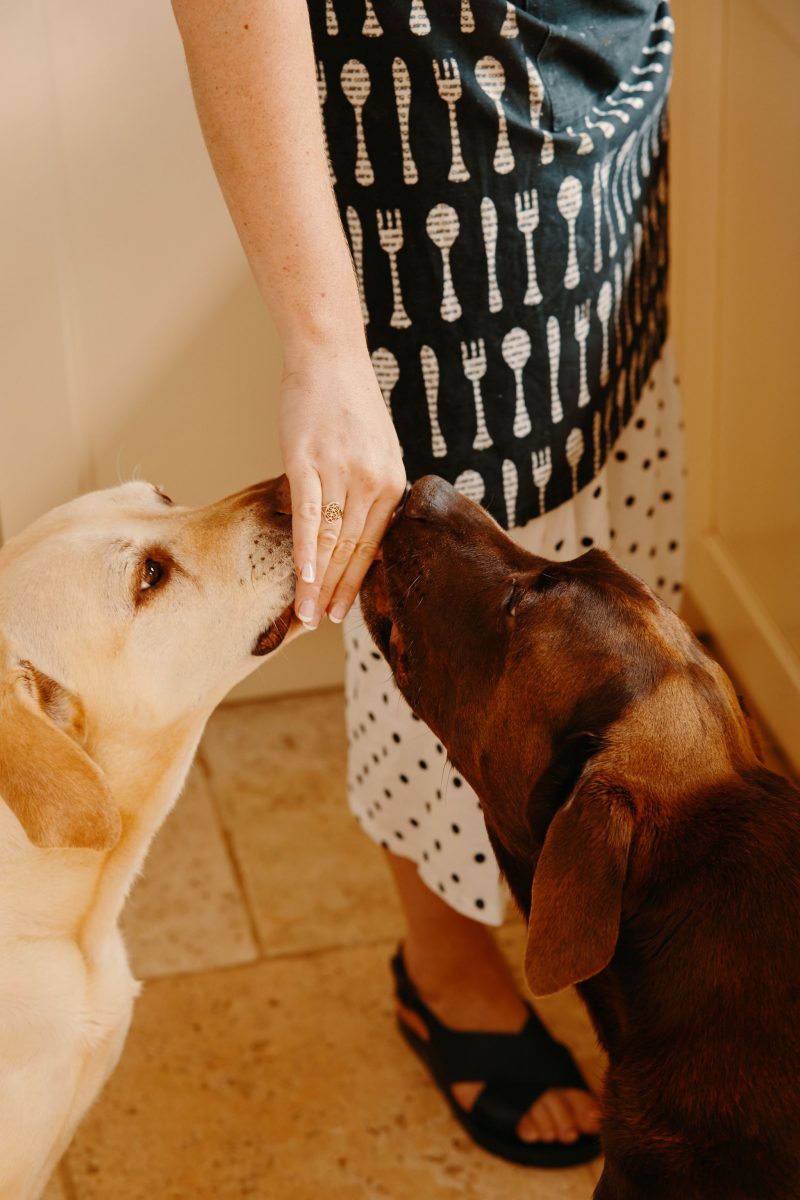 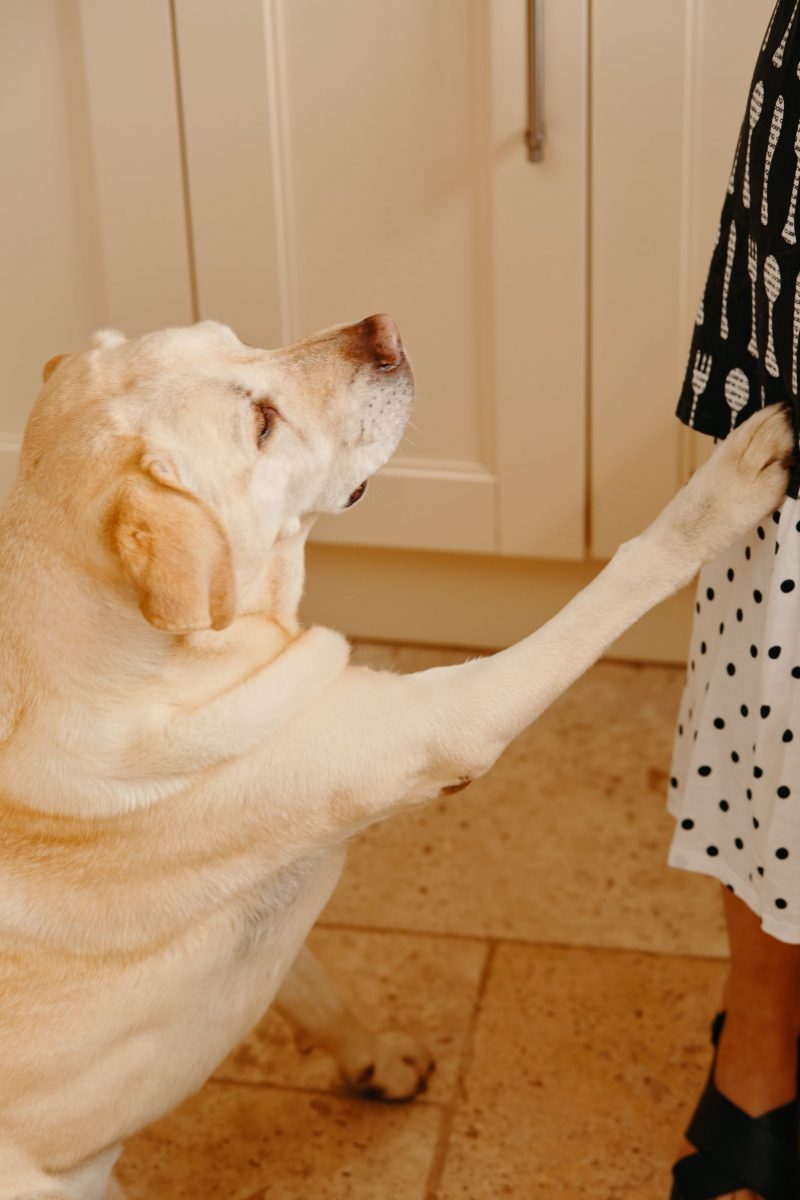 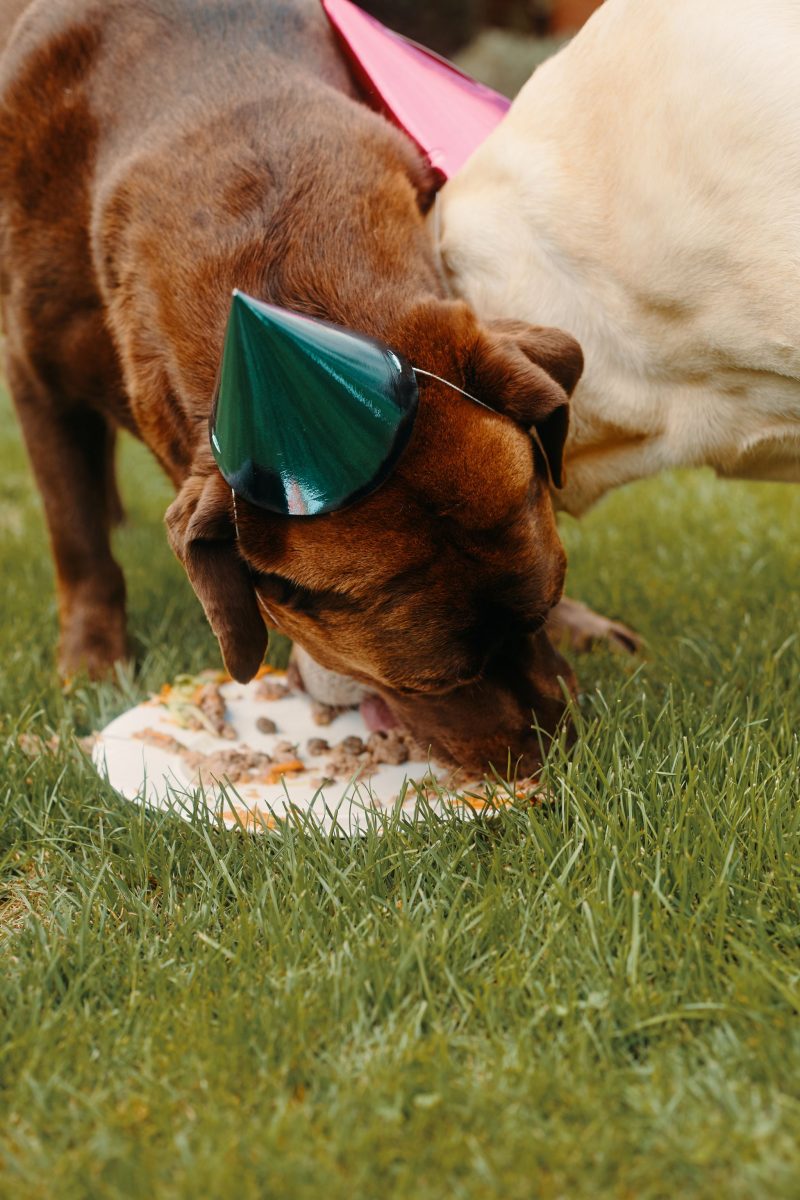 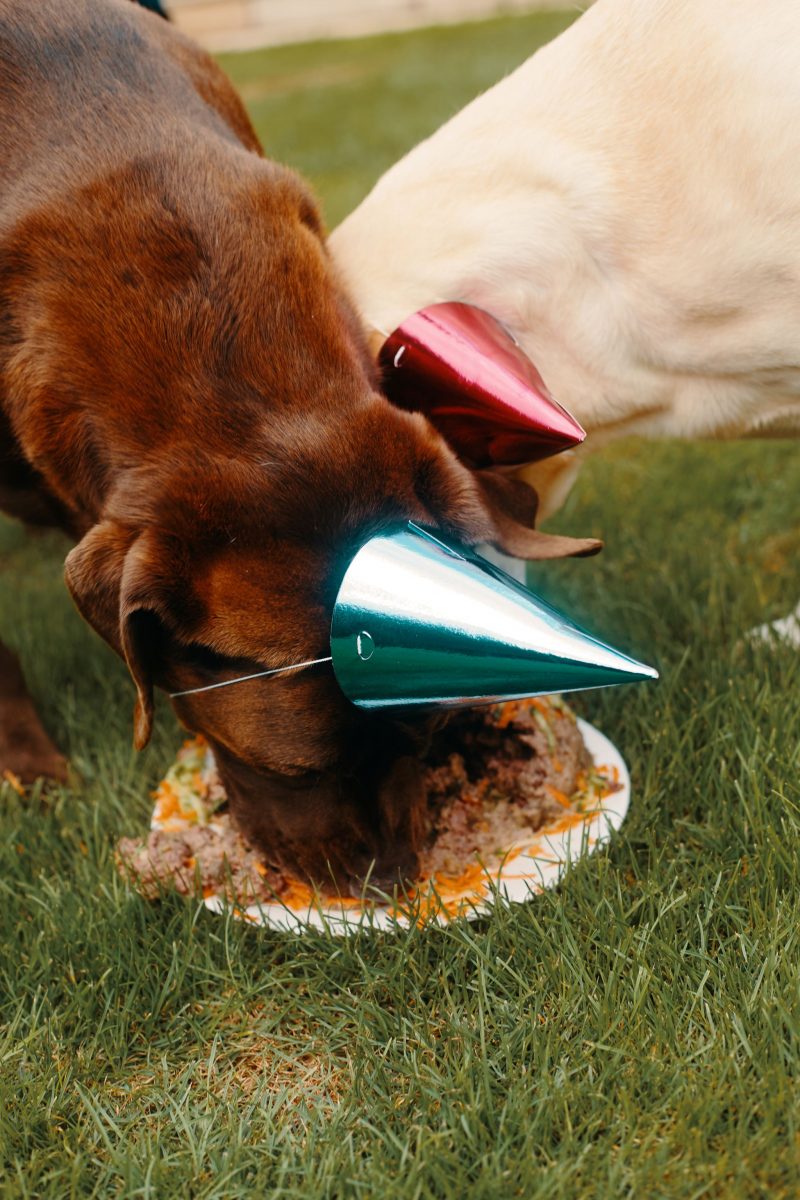 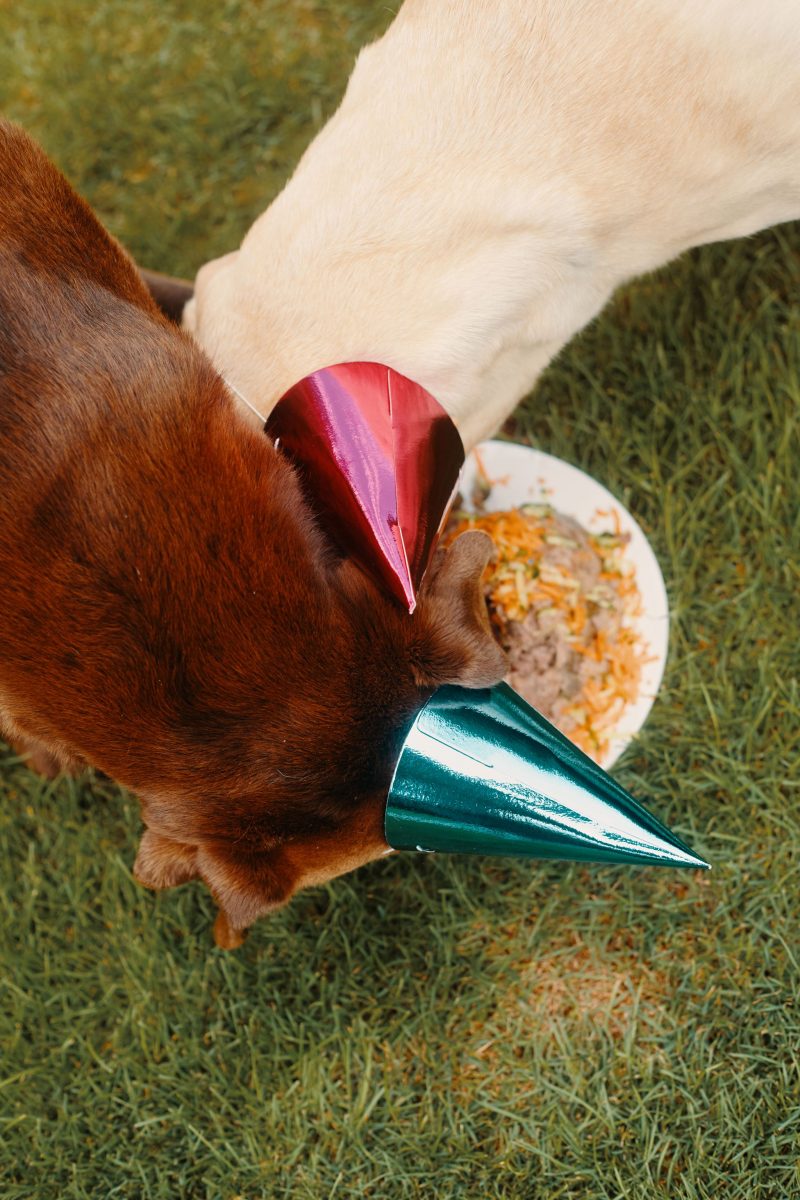 Charlie is the cheekiest of chaps. He’s a wonderful hybrid of stupid and smart and I’m certain our neighbours believe we only have one dog as all you ever hear is, ‘CHARLIE!’. He’s grumpy, with a permanently hangdog expression and feet the size of a bear’s paw. He smells and refuses your affections if they’re not on his terms, and is very selective as to when he wags. But he is also the gentlest of giants, can’t be more than a foot away from a human at any one time and loves to lie directly on top of you. All 46kg of him. He rolls onto his side for tickle tums and always wants to play with Dolly (much to her dismay) and has an extraordinary approach to going downstairs – by completely refusing to use his back legs. He is patient and kind and an old man at heart.

Dolly is a lady. She is pretty and sensible and the boss of the two of them. She tells Charlie off when he’s been naughty, and folds her ears back to resemble Gollum if she has any concern of being in trouble. She’s had poorly legs since she was only 10 months old, but being a strong, independent woman she knows exactly how to manage her discomfort – that is until she sees a squirrel and it’s like Forest Gump losing his leg-braces. She is loving and excitable and NEVER STOPS wagging her tail. She could be in the deepest slumber and the mere whiff of her name will send her backside into overdrive. She uses her gorgeousness in her begging conquests to grab a slice of your meal and a gentle paw to the back of your leg will often seal the deal.

Everything about having dogs has been different from what I expected. Firstly, there is a responsibility I wasn’t totally prepared for. That sudden inability to just pack up and shoot off if you fancy an impromptu holiday. But I also didn’t realise how much that love for them makes you want to stay at home anyway. I have cried endless times, just trying to tell them how much I love them, but not being able to show them ENOUGH. Which is why, if the opportunity presents itself, I will go above and beyond to shower my pooches with affection and celebration (it is also why they are clinically obese, but that’s a story for another time).

So, here it is! Their annual birthday cake. It’ll be their 10th birthday this year on the 15th September, so watch this space and let me know what you’re doing to celebrate man’s best friend (or any pets for that matter). 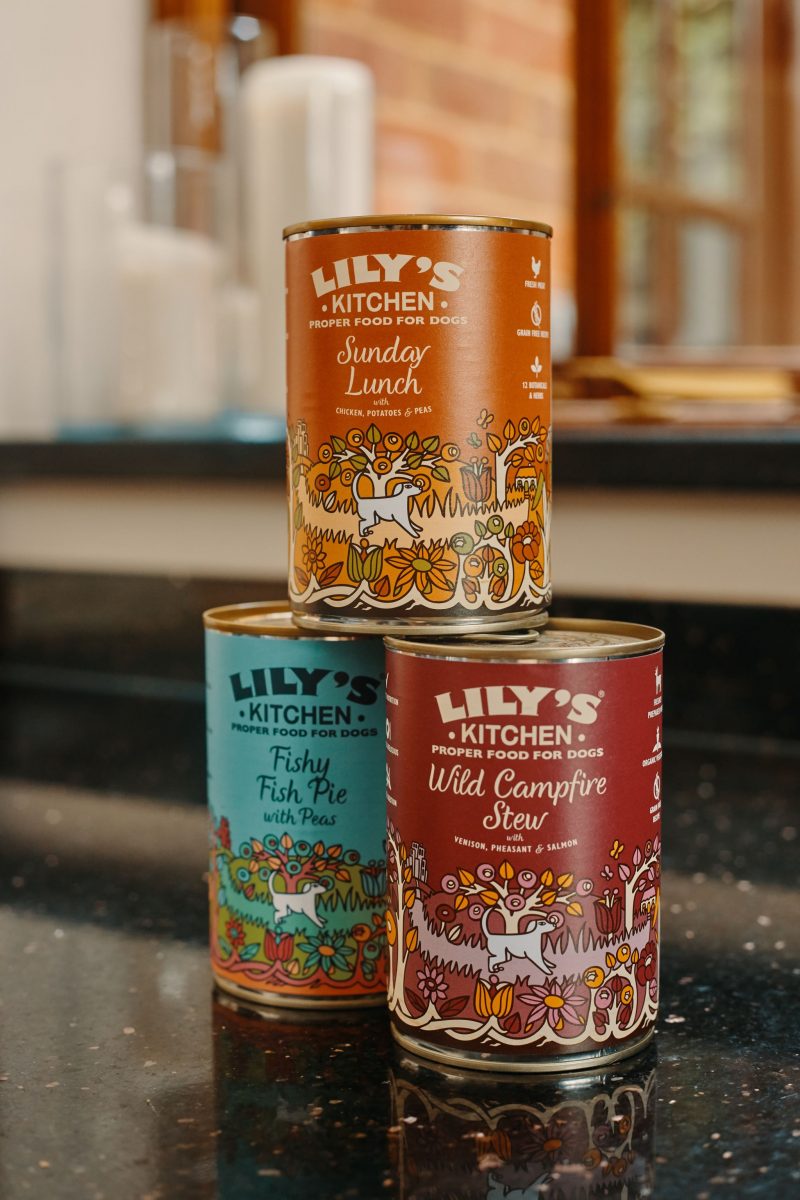 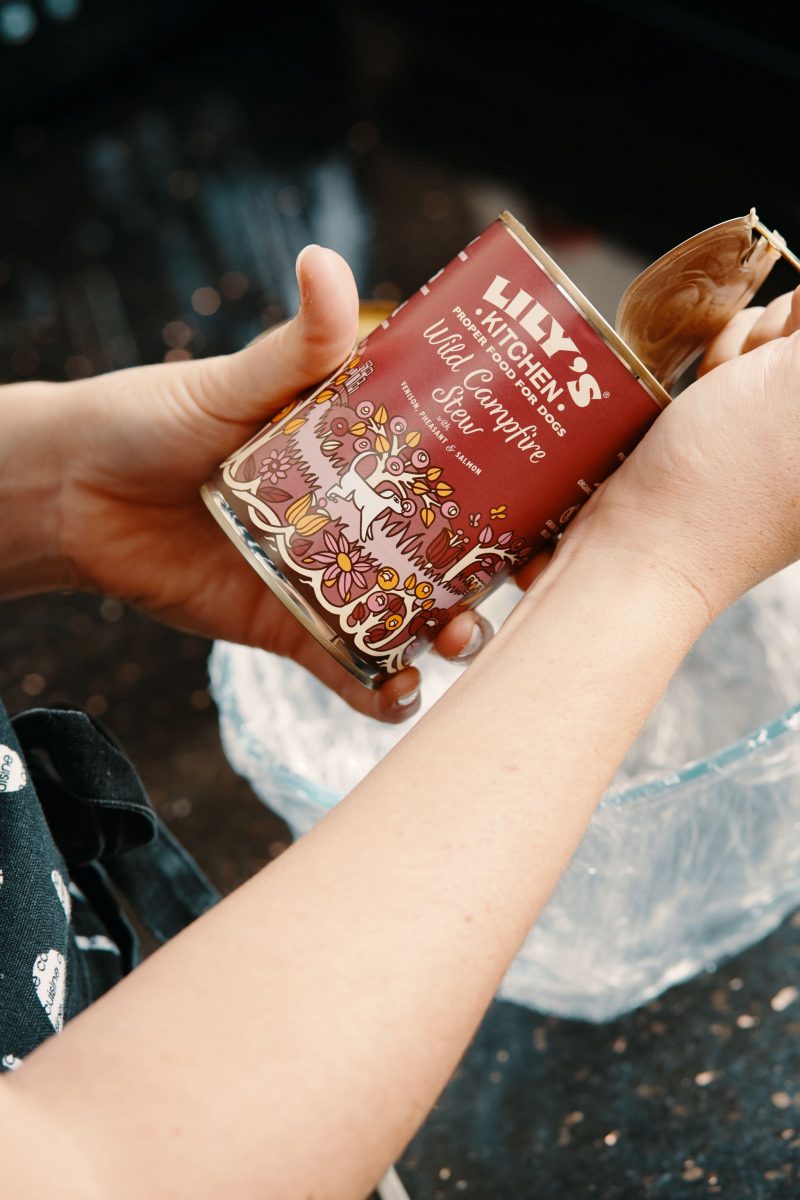 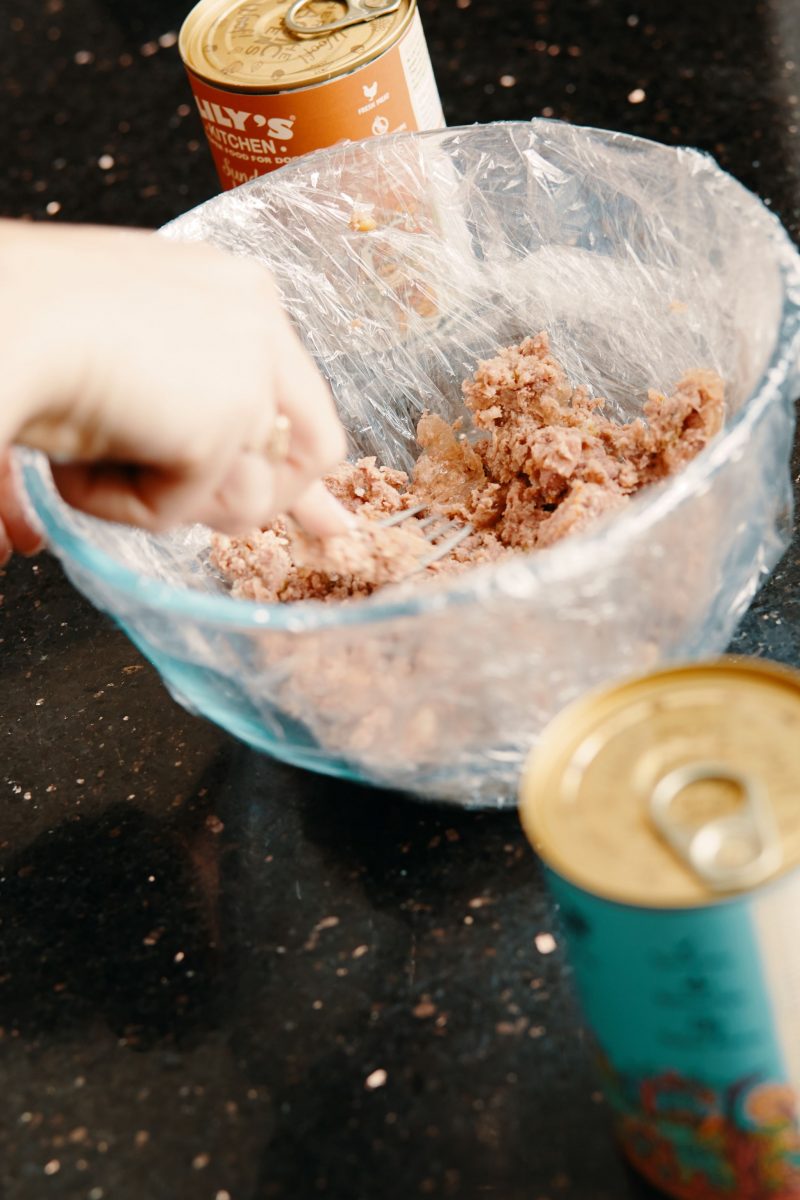 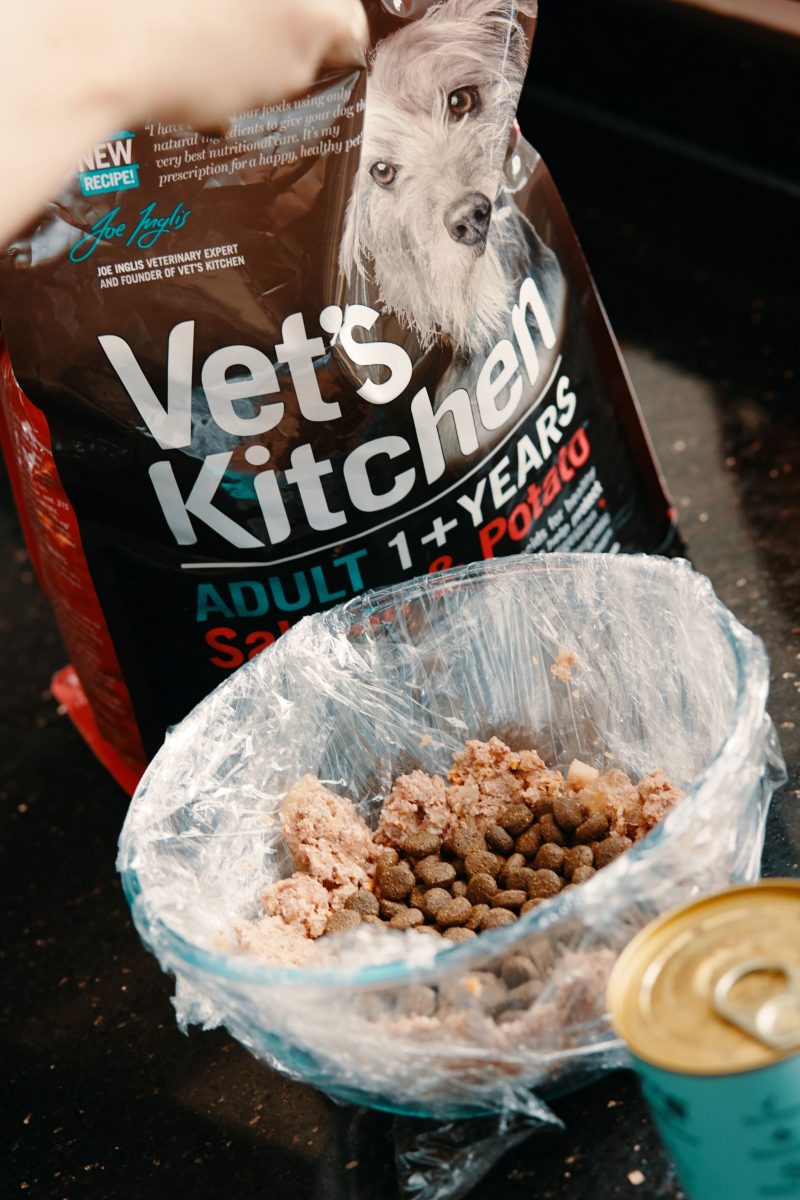 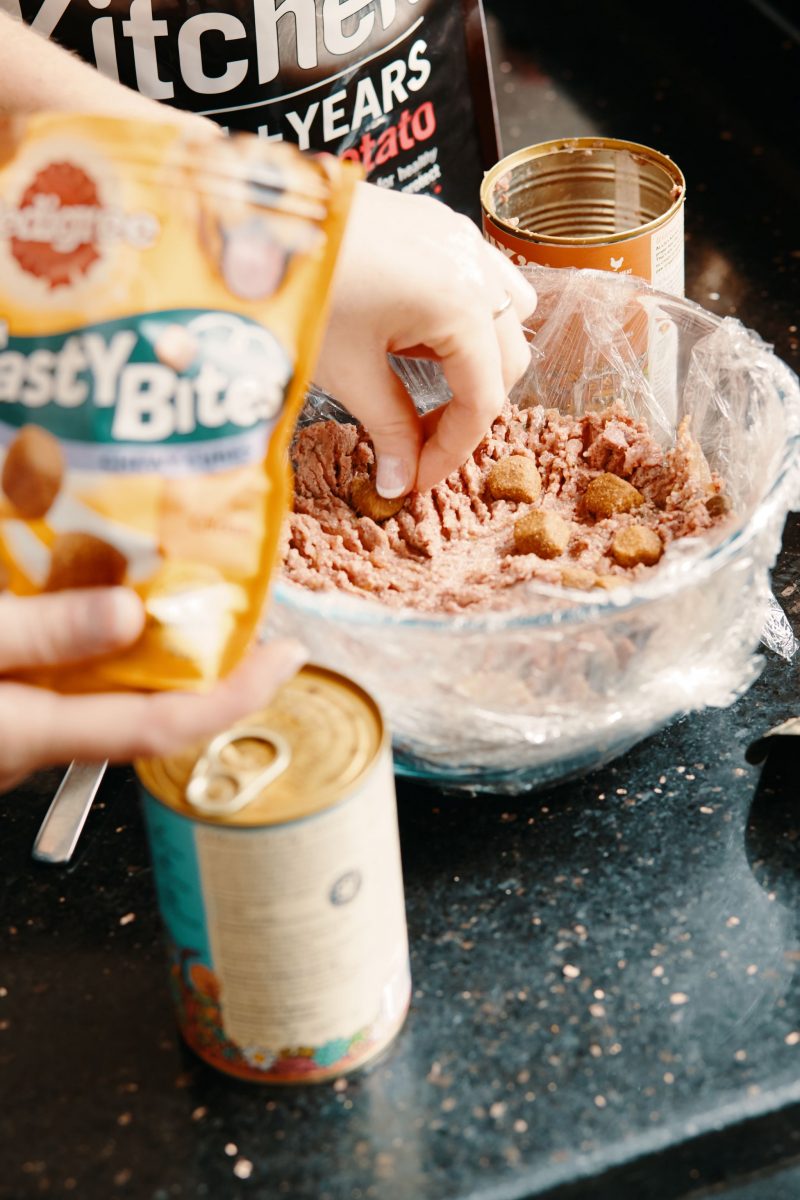 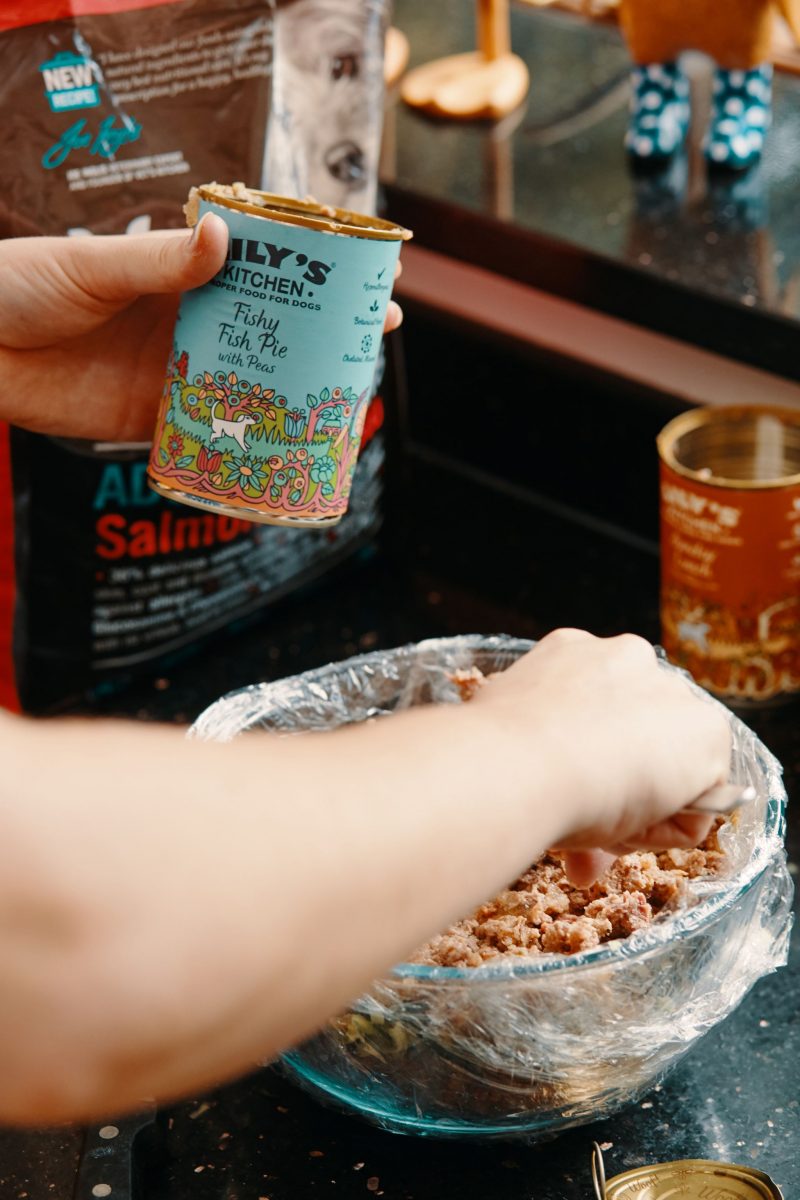 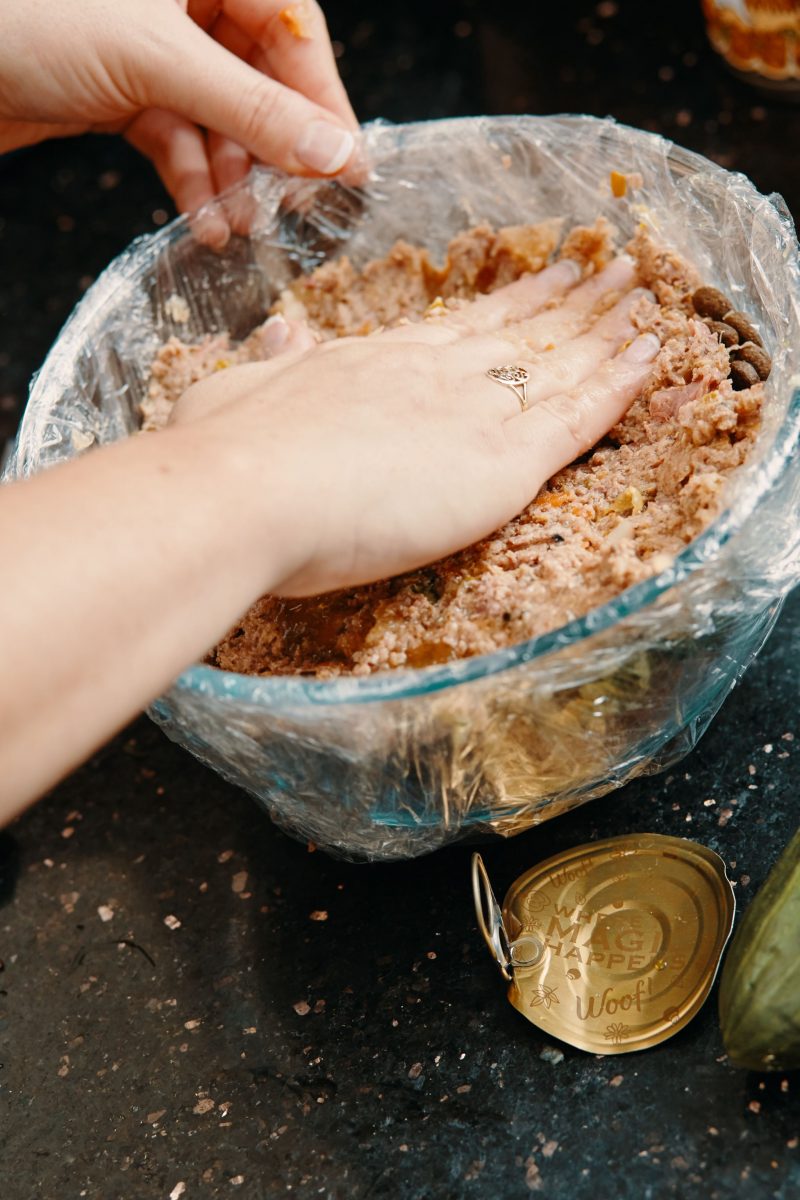 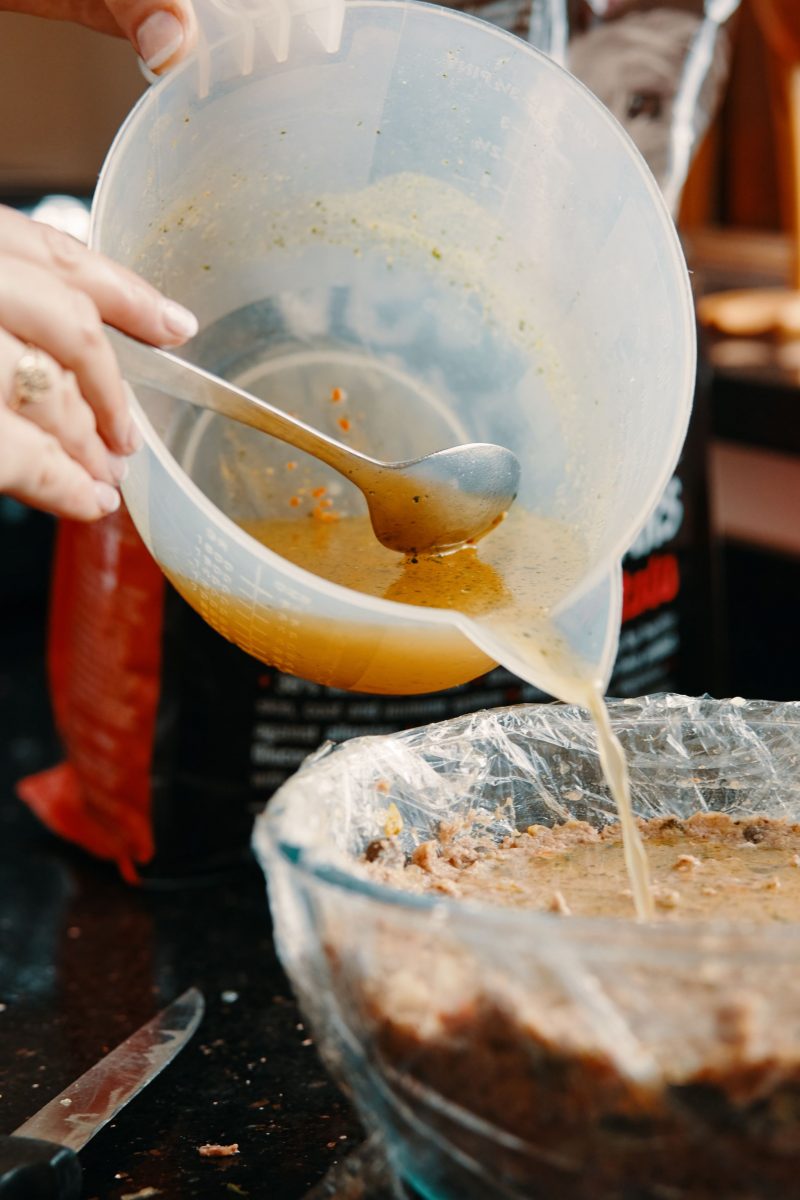 Cover a heatproof bowl with clingfilm.

Pour 1/4 cup of cold water in a bowl, sprinkle with 2 Tbsp gelatin. Pour 3/4 cup of hot water over the gelatin and whisk until dissolved. cover and chill for 3 hours in the fridge. It will keep refrigerated for up to 4 days.

When your cake is set, turn it out and use grated vegetables as sprinkles.

Please check with your vet regarding portion sizes. Remember, treats should comprise no more than 10% of your dog’s daily caloric intake.